JOURNAL OF THE WESTERN SLOPE

This remarkable little journal had life at Mesa College/Colorado Mesa University for 17 years.  It was the brain child of History Professor Paul Reddin and was originally published as a joint effort by the Mesa College Historical Society and the Alpha Gamma Epsilon Chapter of Phi Alpha Theta, the national history honorary.  It later went under the auspices of the Media Board of Colorado Mesa University.

In the Editor's Introduction in the first issue Don MacKendrick, Professor of History and Dean of the School of Social and Behavioral Sciences, wrote:

With much trepidation, the students and faculty in history at Mesa College launch this journal, dedicated to the recording, preservation and analysis of the history of Colorado's Pacific-facing slope. No region of the state more deserves a historical journal of its own. Western Colorado was the state's last pioneer region, one of the nation's last frontiers. Here occurred Colorado's last great land rush, the last encounters between tribal Amerinds and settlers, the last struggles between cattlemen and sheepmen over unregulated range. Remote, isolated from the centers of Colorado's population, Western Colorado has been what professors Vandenbusche and Smith have called a Land Alone, much of it still a virgin land, unspoiled by the march of civilization. Because of these factors, Western Colorado's history is unique, deserving a journal of its own.

For 17 years articles were published that brought Western Colorado to life.  Then in the Winter 2002 issue MacKendrick, now Professor Emeritus at MSC, wrote the Farewell.  The need for such a journal had not diminished but the hands to get the job done had and no one else was interested in taking on the journal.  He wrote:

In the first issue the editors suggested that the publication would serve many useful purposes: a depository for Western Colorado history, an outlet for scholarly and artistic work and a workshop where students might learn research, writing and editorial skills.  Over the past seventeen years these goals have been successfully achieved.  Over one hundred articles on the development of Western Colorado, its people and its communities have been published, many by students, others by faculty and community persons.  For many of these years, students played essentials roles in editing the publication which gave them valuable experience for successful careers in history, education and other pursuits.

The life of the Journal of the Western Slope had come to an end.  It's heritage is still alive in the people who worked to make each issue possible and in those who read the articles today.

This index now makes the many articles in the 63 issues more accessible to those interested in the history of "Colorado's Pacific-facing Slope" or as most of us know it, the Western Slope.  Many thanks to the student who came to the Reference Desk needing to find the article on the Teller Institute written by someone whose name started with M. 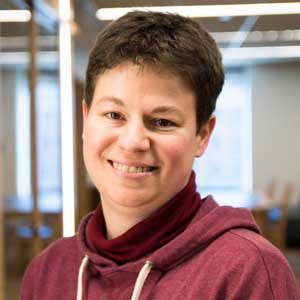